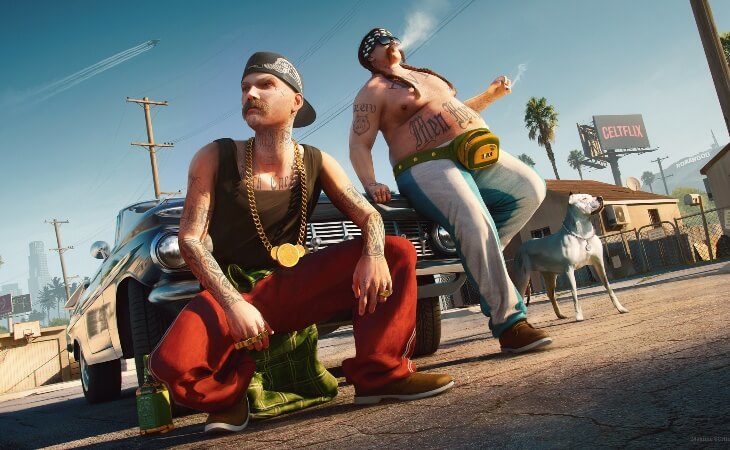 There is, perhaps, no better way to pay tribute to the great comic book artist, Albert Uderzo, than by exhibiting the works of artists from around the globe, whose illustrations recognise and were inspired by his talent, and recreate his beloved characters, Asterix and Obelix.

Displaying a talent for sketching at a young age, Uderzo pursued a career in the arts, and upon meeting the writer, and new friend, René Goscinny, the two men decided to collaborate professionally in 1952. Uderzo and Goscinny enjoyed success early on with their series ‘Oumpah-pah’, but it was their comic series, ‘Asterix’, where they gained widespread recognition and praise.

Set during the Roman Empire, with Gaulish warriors and the likes of Julius Caesar to contend with, the series centres on the adventures of Asterix and his invincibly strong friend Obelix and combines history with magic, giving young readers a glimpse into a whole new world.

It is one of the best-loved comic series in French popular culture, not only for the lovable characters (not forgetting their dog, Dogmatix), but also for Uderzo’s iconic illustrations, putting minute detail into every page, and giving each character their own identity. His style, and the universe he created, has resonated with artists across the globe, and below are just a few examples of tributes to his work.

Our site’s mission is to discover talented freelancers around the world and showcase their work for our readers. The freelancers featured in our posts are available for work and if you hire them through one of the Fiverr affiliate links below you won’t pay a penny more, but we’ll get a small commission, which helps keep the lights on. We really appreciate your support!

Asterix and the secret of magic potion by Thomas Lépine, France

Indian version of Asterix and his friends by Ishan Trivedi, India

Despite the vast range of styles displayed by each artist, they all manage to capture the iconic essence of Asterix and Obelix as Uderzo had originally created them; the enormous strength of Obelix alongside the small but brave and mighty Asterix. The stories and illustrations leave a lasting impression on readers, and no doubt will continue to be read and enjoyed by children in years to come.